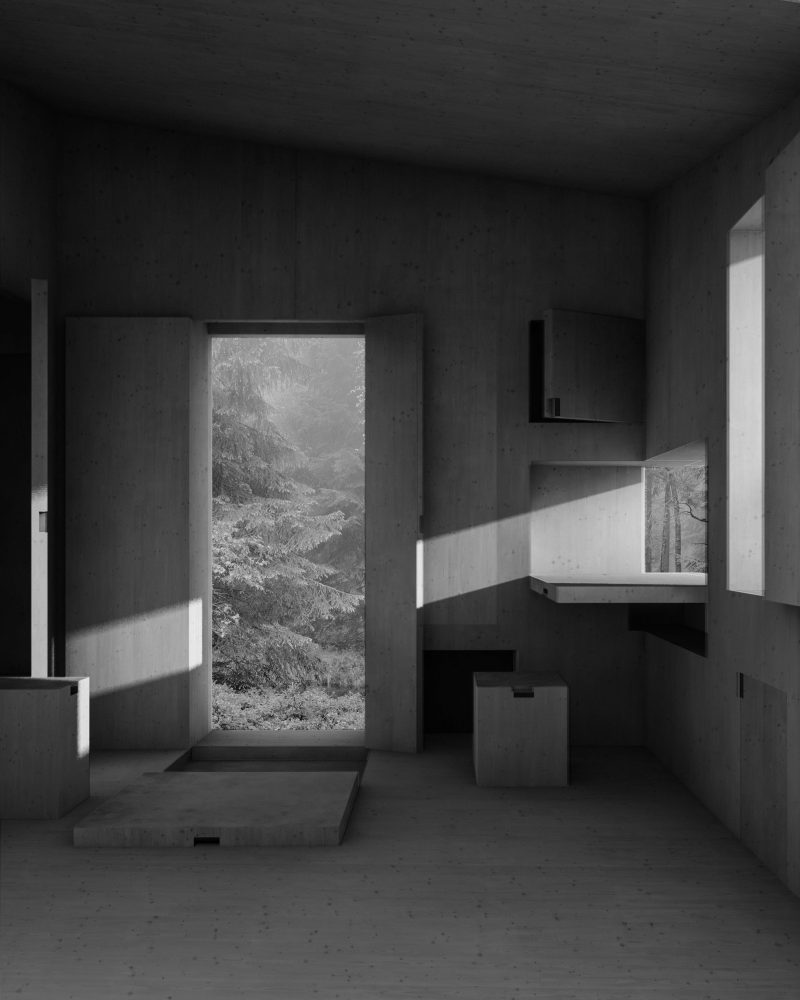 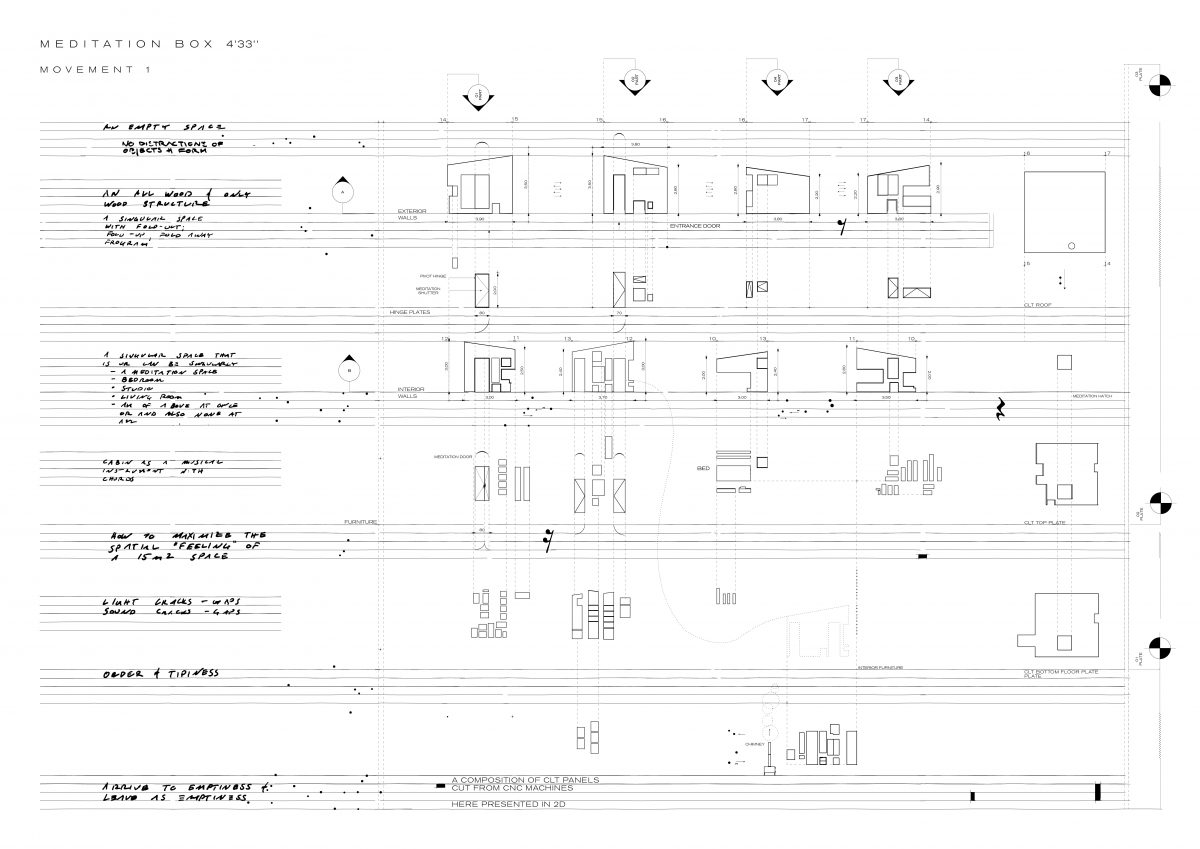 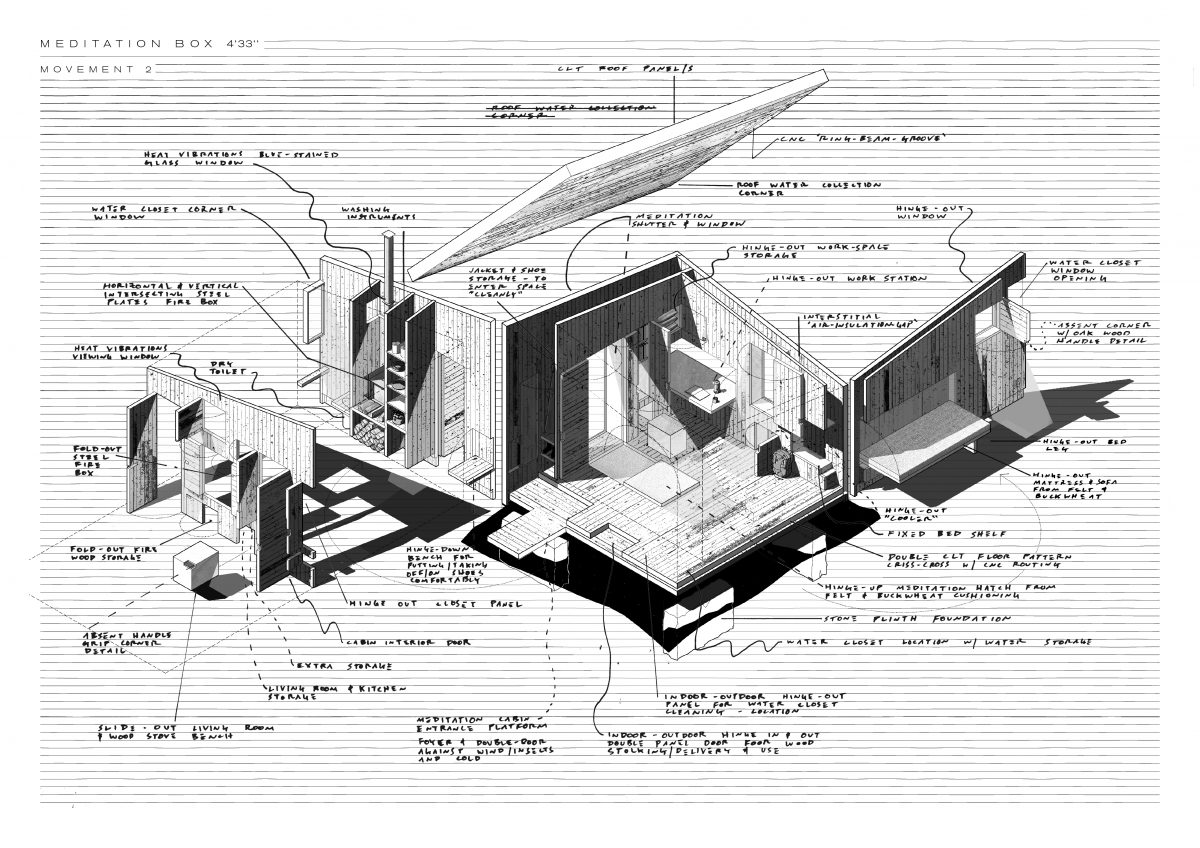 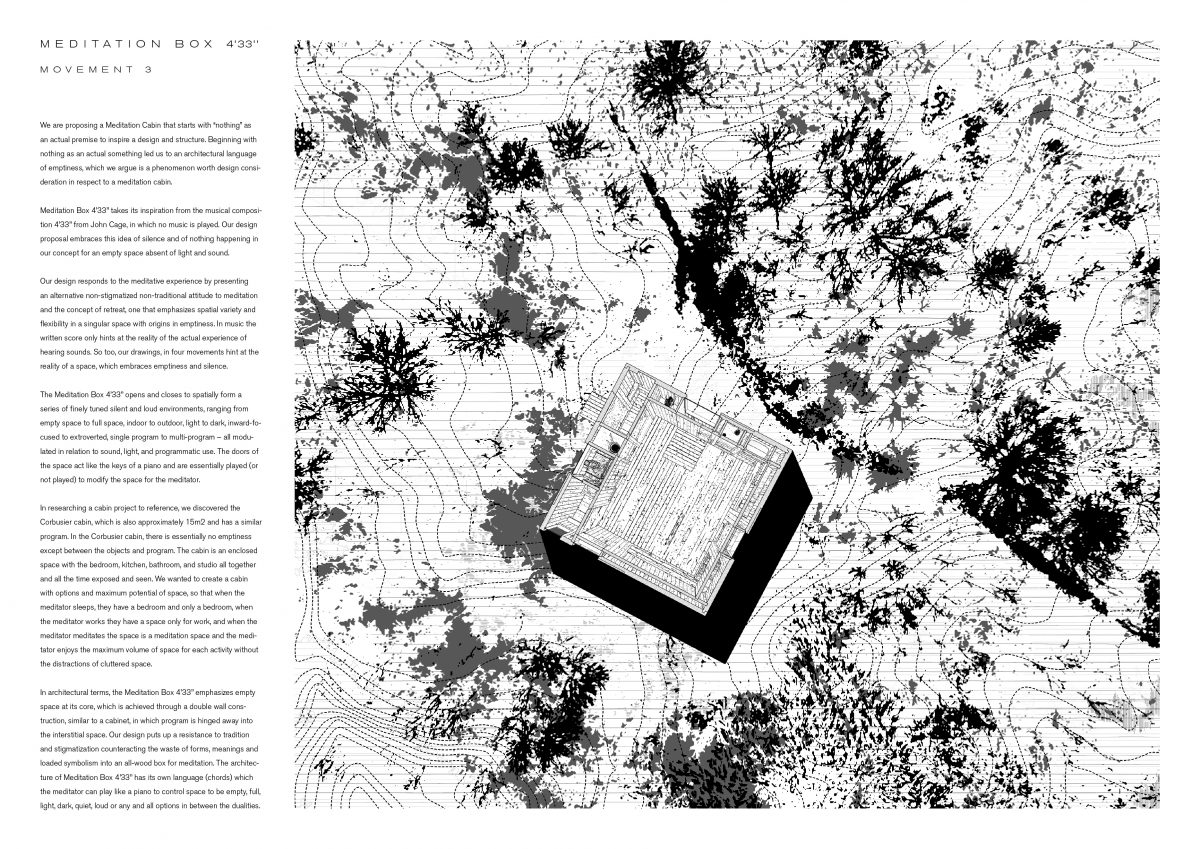 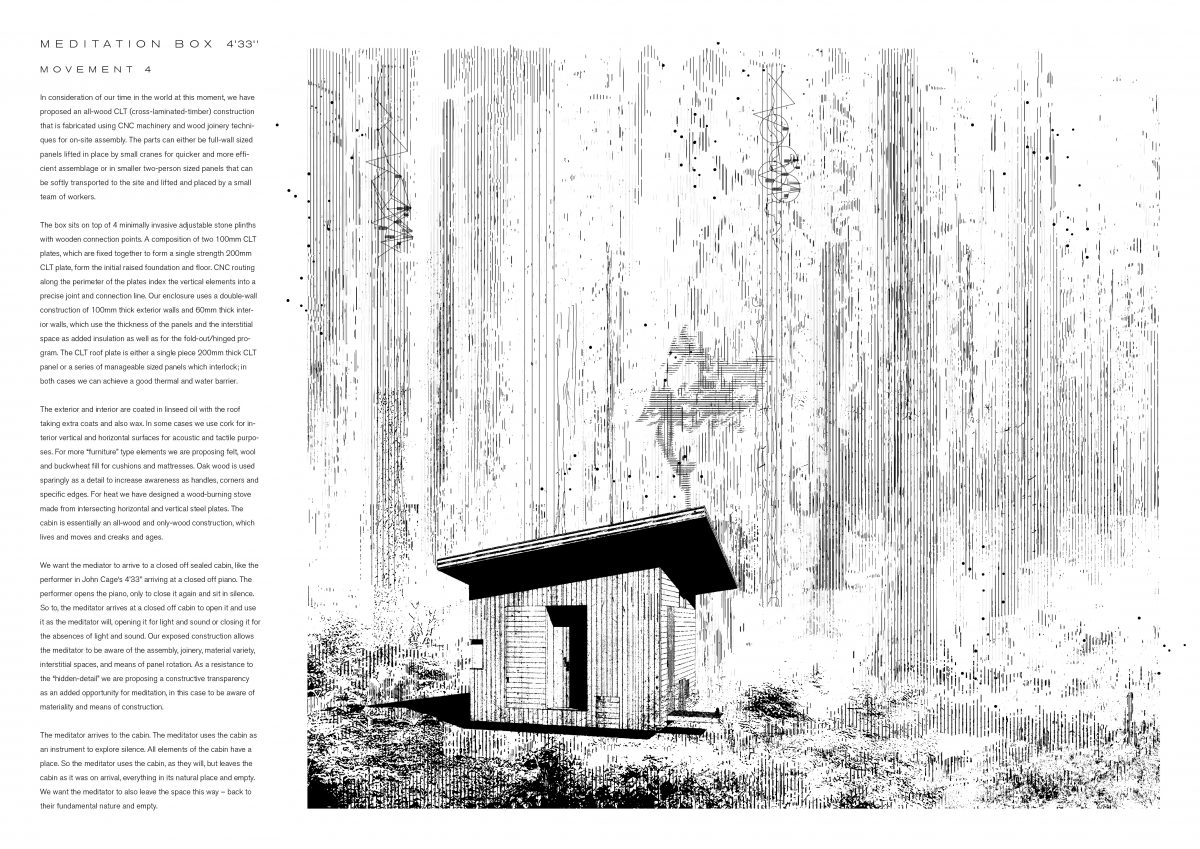 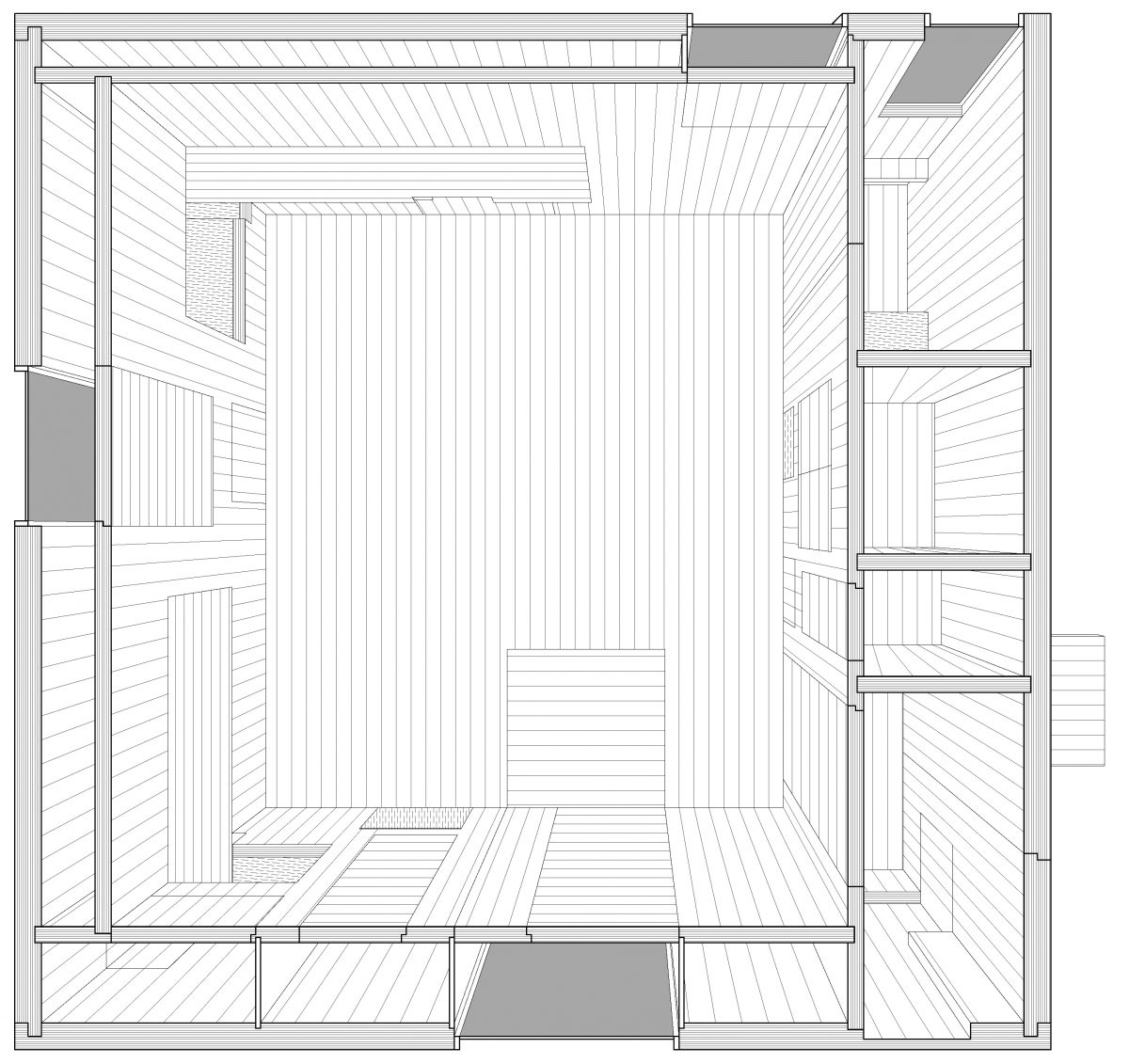 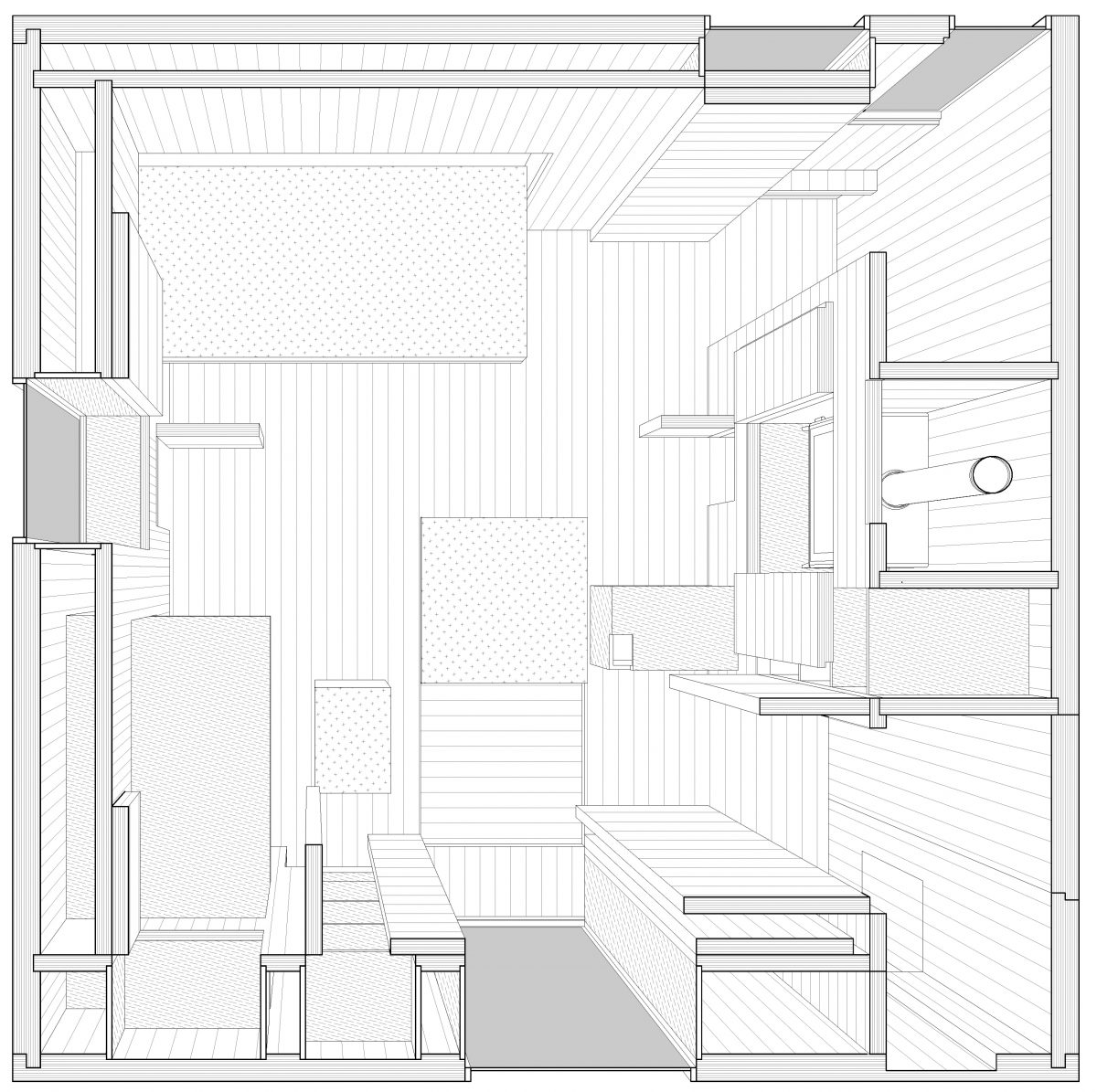 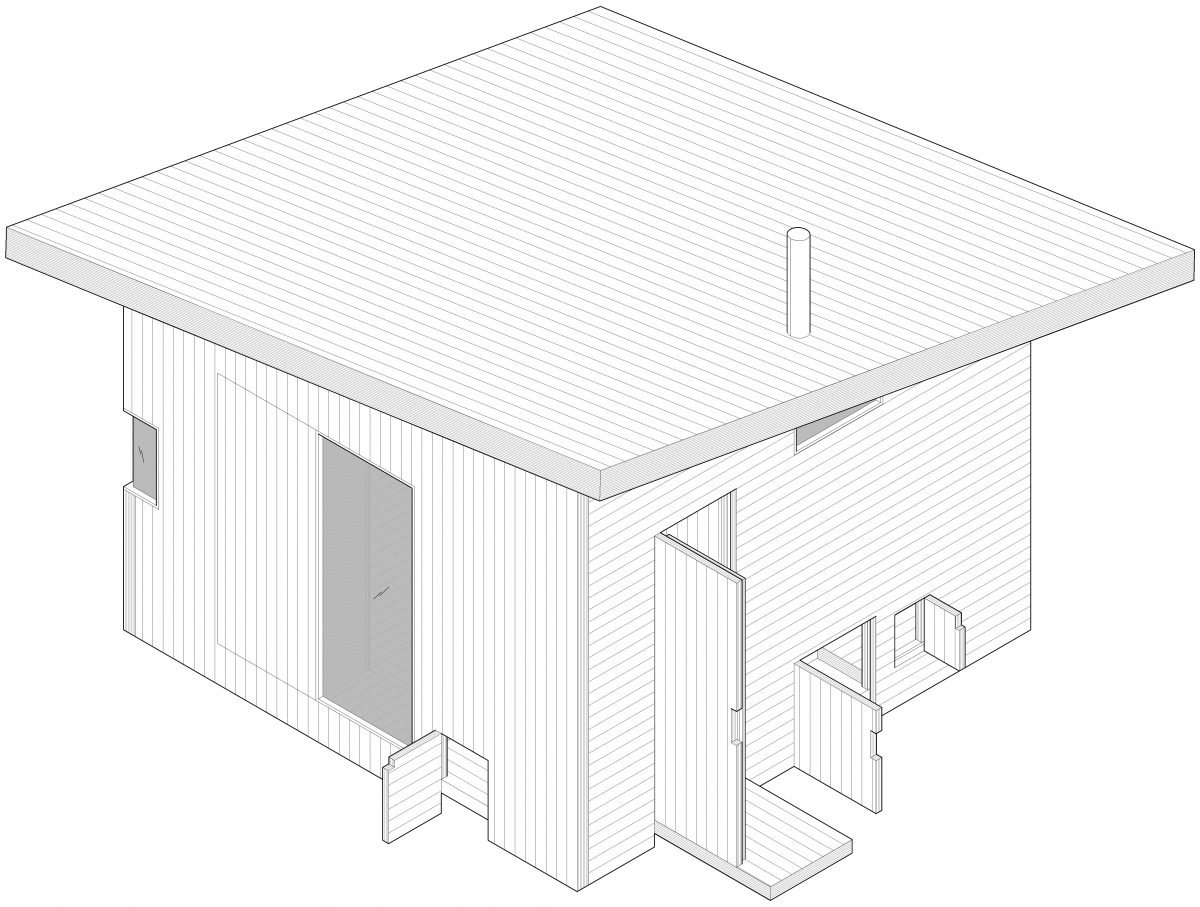 We are proposing a Meditation Cabin that starts with “nothing” as an actual premise to inspire a design and structure. Beginning with nothing as an actual something led us to an architectural language of emptiness, which we argue is a phenomenon worth design consideration in respect to a meditation cabin.

Meditation Box 4’33 takes its inspiration from the musical composition 4’33 from John Cage, in which no music is played. Our design proposal embraces this idea of silence and of nothing happening in our concept for an empty space absent of light and sound.

Our design responds to the meditative experience by presenting an alternative non-stigmatized non-traditional attitude to meditation and the concept of retreat, one that emphasizes spatial variety and flexibility in a singular space with origins in emptiness. In music the written score only hints at the reality of the actual experience of hearing sounds. So too, our drawings, in four movements hint at the reality of a space, which embraces emptiness and silence.

The Meditation Box 4’33 opens and closes to spatially form a series of finely tuned silent and loud environments, ranging from empty space to full space, indoor to outdoor, light to dark, inward-focused to extroverted, single program to multi-program – all modulated in relation to sound, light, and programmatic use. The doors of the space act like the keys of a piano and are essentially played (or not played) to modify the space for the meditator. 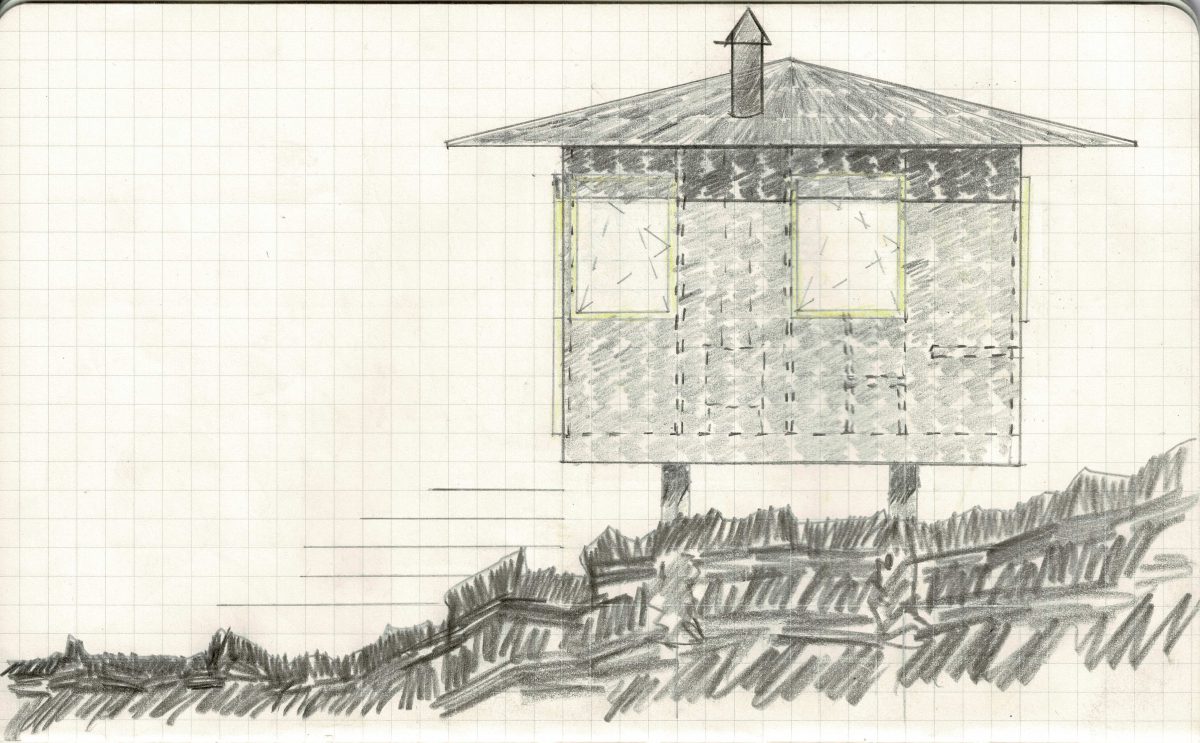 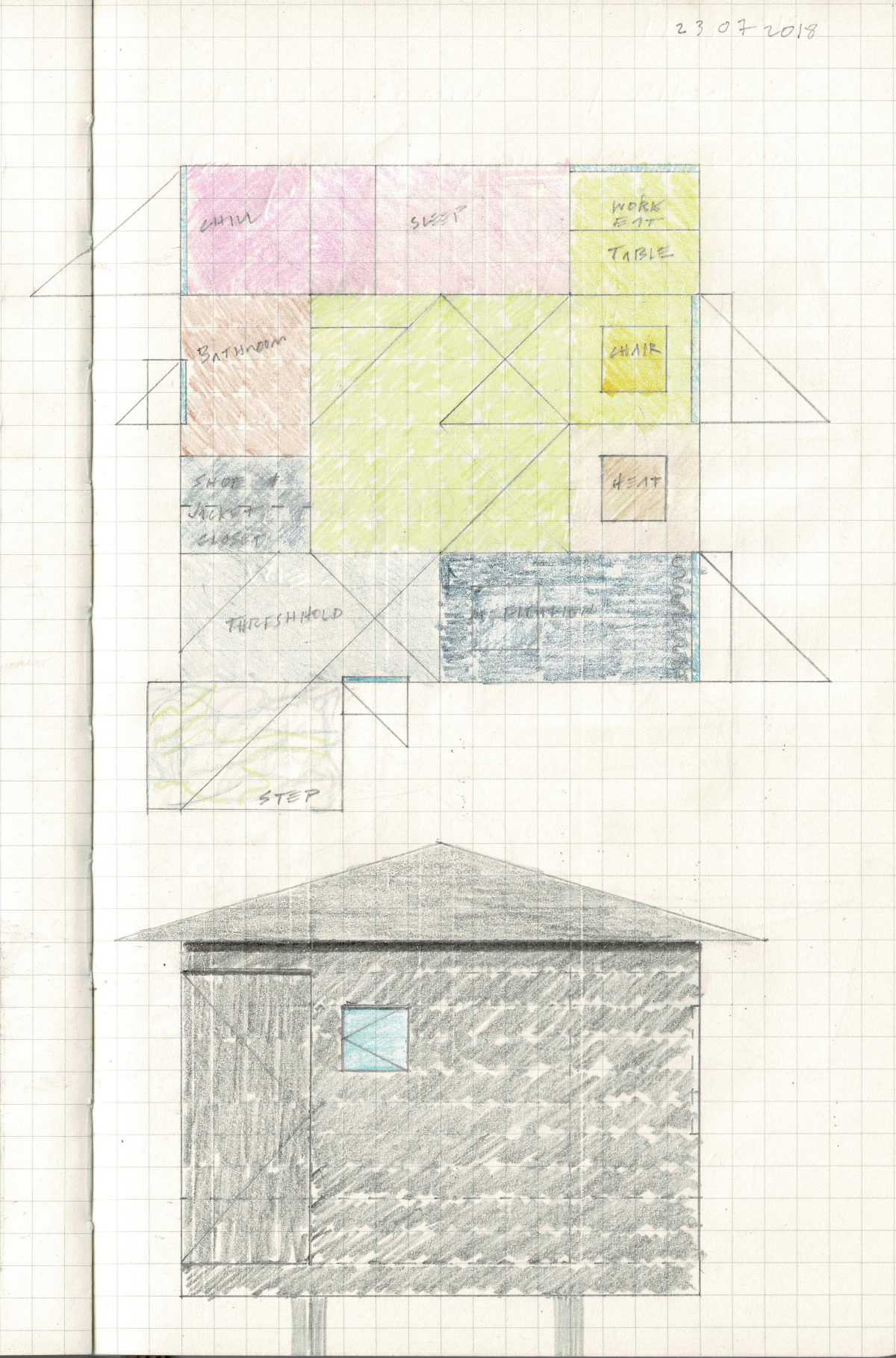 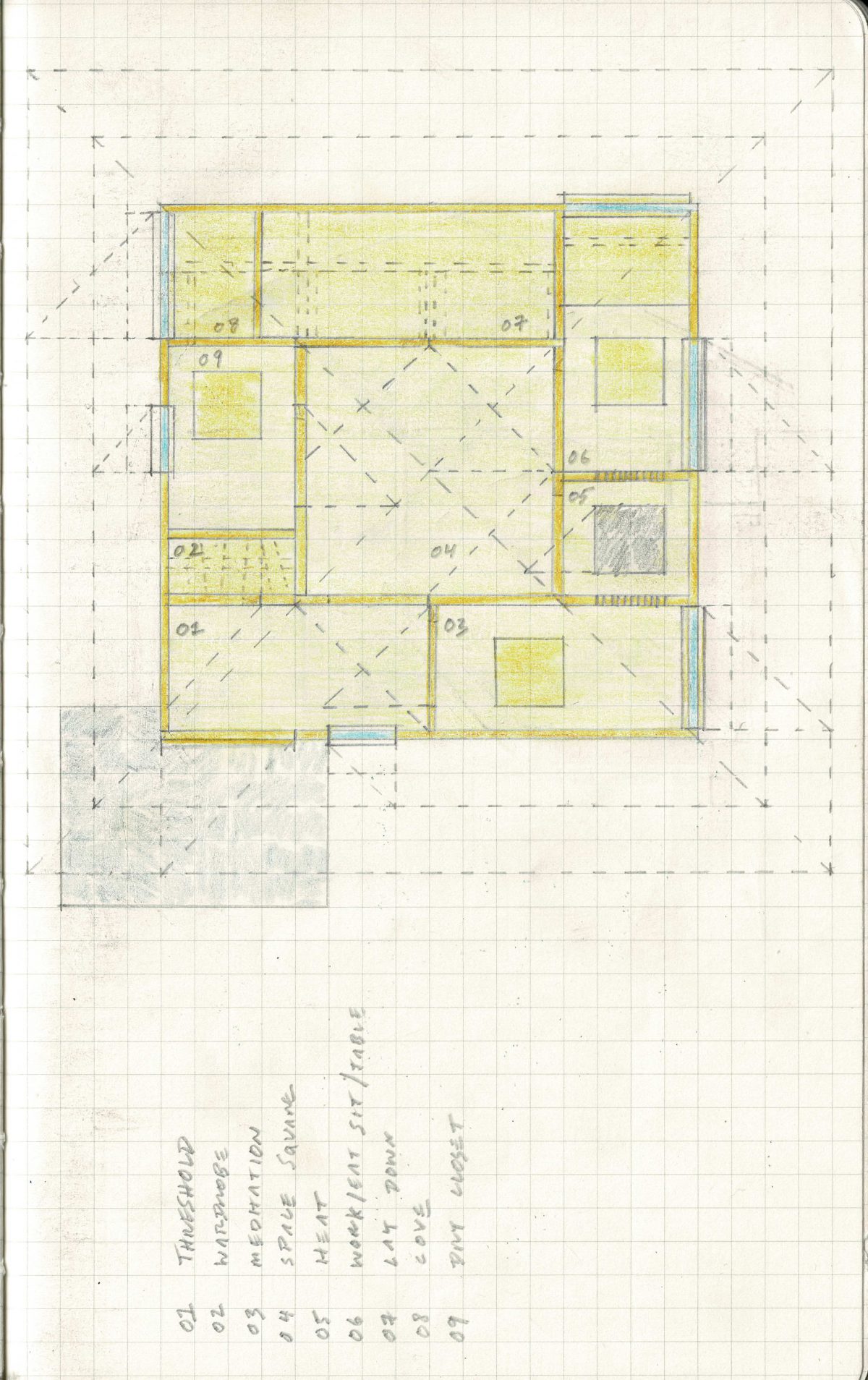 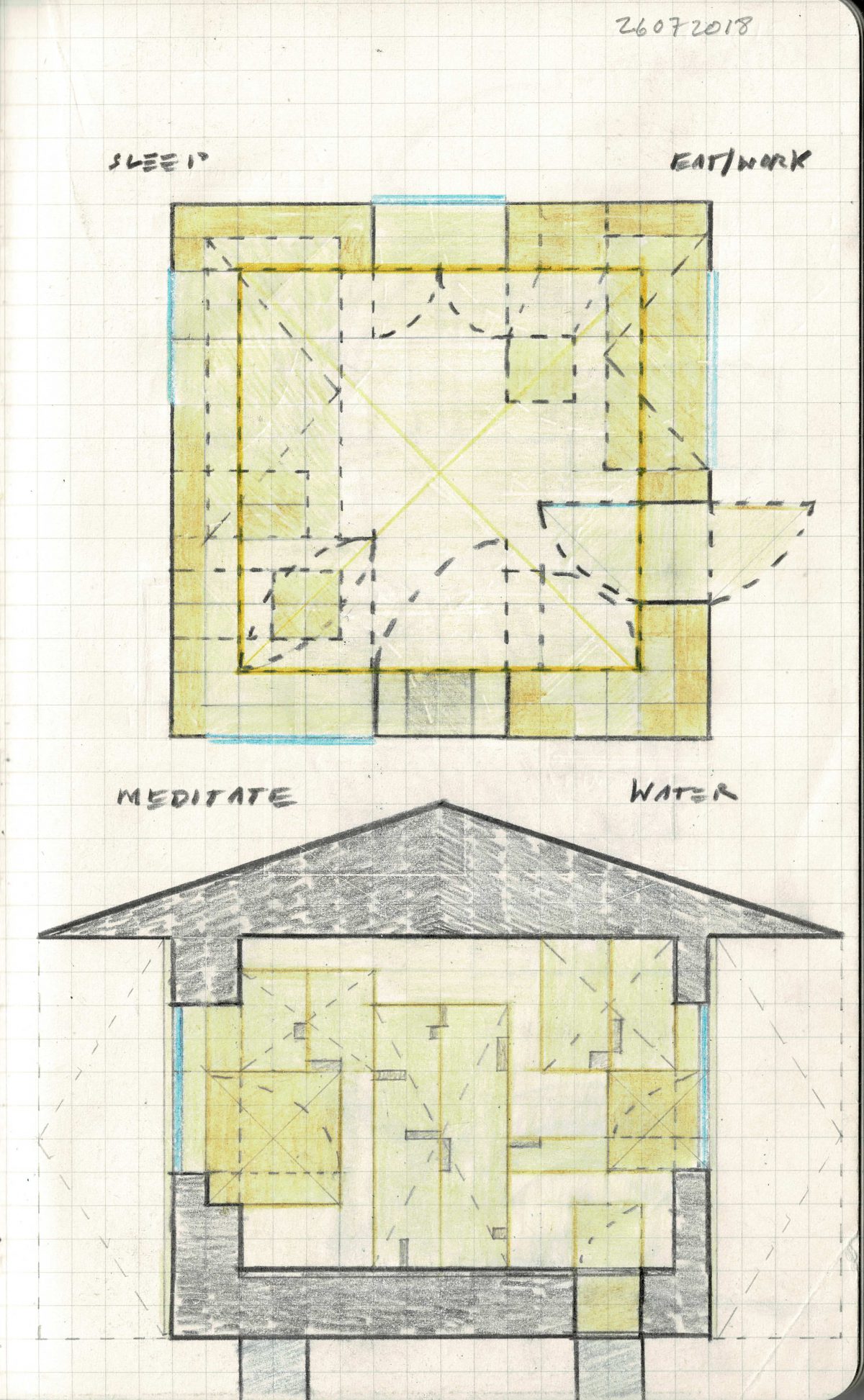